“One of the best in Austin!” - Texas Live Bands

“Deann René is a force to be reckoned with on the Austin music scene, with her unique blend of power, groove, and honesty. A true natural storyteller, both in life and in song, she has a knack for tapping into the emotional depths of her listeners.” - Songwriters Across Texas

It’s not surprising that Deann Rene’s march to Texas singer/songwriter success has been a rather circuitous one. Because this daughter of San Antonio band directors grew up knowing that the best music — like complex formations —is rarely achieved by taking  the easy, straight line route.

Now a fixture within Austin’s vibrant music community,  Deann’s forthcoming release, Paint a Dream, proves that it is life’s varied experiences and heartbreaking disappointments that are essential ingredients for creating songs capable of touching another’s soul.  Drawing from an array of genres and influences, including pop, rock, R & B and worldbeat, Deann has painted musical images worthy of both gallery walls and earbuds everywhere.

In many ways, Deann is making up for time lost to years with an unsupportive husband, who didn’t appreciate or encourage her passion for music. Consequently, he insisted that her musical endeavors be limited to singing the national anthem at sporting events and love songs at weddings. At the same time, Deann — who had earned a college scholarship for clarinet — decided she really wasn’t inclined to pick up the family baton and become a spats-wearing, Sousa-playing band director. She subsequently changed majors and studied graphic design both at Texas State University as well as for a brief time in Ohio. After landing in Austin  in 1999, Deann worked at a since-shuttered advertising agency, where she had the chance to occasionally contribute vocals to client commercials. One memorable jingle was for a racquetball and fitness center, which found her singing new lyrics to the Prince hit “1999”. When recalling those blasphemous substitute lines, she is quick to laugh about the sales pitchy words she’d been required to sing: “Commit to get fit in 1999 for just $19.99.”

Fortunately for the fitness center,  the calendar turned without bringing a lawsuit from Minneapolis.

But the 21st century would eventually bring something much better than legal woes. In 2004, Deanna gave birth to her son, Andrew. With his arrival came a new determination to put toxic relationships in her rearview mirror.

With the realization that there would be no better time than the present to finally start making the music she had always longed to share with the world, Deann was soon balancing the demands of young motherhood with the liberating freedom of taking her original songs to stages and venues that had once been verboten. Along with  a childhood friend, Deanne began singing Spanish language songs in a Latin pop band. She’d go on to form a band of her own, paying those customary dues. First, with a midnight set on a Tuesday evening following punk acts , and then with a series of gigs both as a solo acoustic performer in addition to playing with her own five-piece band. Within months, Deanna was gracing the Saxon Pub stage, where she was joined by John Greer. This led to a monthly residency there with her full band

Along the way, she made the time to record her first album, Not Crying Today. The title track grew out of a comment she made to a close friend who’d called to ask how she was doing in the aftermath of a failed relationship that had left her feeling hopeless and defeated. When she put down the phone, she immediately started penning the lines that became her mantra of survival.

With her much-anticipated follow-up album — a decade in the making, but still decades ahead of Willis Allan Ramsey’s glacial pace — Deann Rene has moved well beyond national anthems to anthemic songs of universal appeal.

Paint a Dream was produced by husband, Kris Brown, along with Ron D’Agenio and Deann, and recorded at Austin’s Hoodoo Studio. Standout tracks include “Superman,” an homage to her son, who served as the inspiration for Deann’s steadfast drive to keep her musical dream alive; “Kiss Me,” which has a Stevie Nicks-like pleading vocal vibe, expertly augmented by Charlie Richards’ emotive lead guitar work; and a piercingly powerful song about a refugee’s wake-up call in the land of the red, whit blue upon finding that the American Dream can be an elusive bill of goods for those who find themselves unwelcome in this new land. “Paint Her a Dream” — which features worldly percussion from Kostamos Yiacoumis —issues a rebuke to those individuals who greet new arrivals with hateful catcalls to ‘Go back to where ya came.’

While “Paint Her a Dream” shows us that our shining cities on the hill could stand some buttressing and burnishing, “Mountain,” co-written with Steve Brooks, is a hard edged rocker with the hook line that serves as a call to action for singer and listener alike “If I  want to see the other side, I have to climb this mountain.” The song “Take a Chance,” is an appeal to throw caution to the wind in the hope that letting go will ultimately lead to bigger and better things. This tune benefits from Ron D’Agenio’s keyboards that call to mind Danny Federici’s tasty and complementary playing on many an E Street Band track.

Deann Rene kept her own dream alive across the years and through the ups and downs of life, love, disappointment and setbacks. Her new album is a testament to everyone who keeps dreams alive, even when events conspire to defer them. Deann’s songs will inspire all of us who march to different drums and  eventually find like souls with whom to band together. Paint a dream of your own … and stand back and take in what you’ve created. 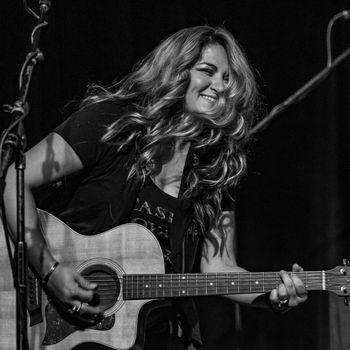 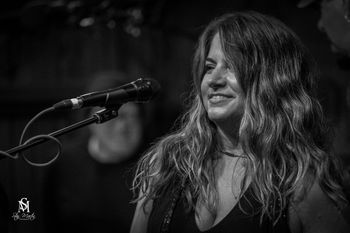 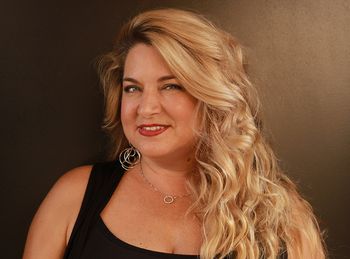 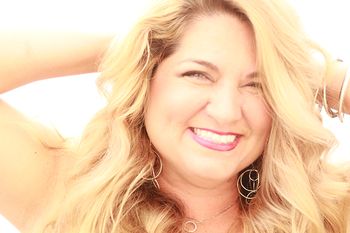 As the saying goes, not all heroes wear capes. In ‘Superman’, the new single from Austinbased artist Deann René, that’s certainly the case. Inspired by her son, ‘Superman’ is an uplifting and emotive Americana pop song dedicated to her son, who ultimately saved her life. ‘Superman’ was released earlier this year, ahead of her upcoming album ‘Paint

As the saying goes, not all heroes wear capes. In ‘Superman’, the new single from Austinbased artist Deann René, that’s certainly the case. Inspired by her son, ‘Superman’ is an uplifting and emotive Americana pop song dedicated to her son, who ultimately saved her life. ‘Superman’ was released earlier this year, ahead of her upcoming album ‘Paint a Dream,’ which is scheduled for release in January 2023. Deann René credits much of her songwriting inspiration from her personal life and ‘Superman’ is an ode to Deann René’s son, who rescued her from a difficult time. This song is about him being a hero in her life.

The track interweaves influences of pop, rock and Americana into a heartwarming ballad. With the strum of an acoustic guitar and the poignant flourishes of a piano, the song feels emotive, yet there’s a groove throughout that radiates hope. Deann René’s powerful and dynamic vocals paint a picture with meaningful lyrics, memorable melodies, and luscious harmonies that elevate the chorus. An electric guitar solo adds a layer of expression in the middle 8 while plucked strings crescendo into a final chorus of grooving bass lines, shaking tambourines, and ascending harmonies, accentuating Deann René’s voice. While the song stems from a dark time in René’s life, ‘Superman’ is about pure love and the connection between mother and son.

Inspired by a true story, Deann René’s upcoming single ‘Scared So Much’ is a powerful roots rock and Americana-infused track that illuminates René’s vocal talent and storytelling ability. ‘Scared So Much’ is set for release in October 2022. Drawing on personal experiences, ‘Scared So Much’ is the next installment of her new album ‘Paint a Dream,’ to be released in January 2023. After years of being restricted by people close to her, Austin based artist Deann René, finally found the courage to step out on her own and follow her dreams. The result is the upcoming album, which weaves stories of heartbreak and pain, but also offers glimmers of hope and happiness. ‘Scared So Much’ is a track that reflects on her past, a personal story of when she was verbally abused by her boss. “

The steady beat and percussive snare and hi-hats open the track, accompanied by an electric organ and the swell of the electric guitar. Deann René’s soulful voice cuts right through as she begins to tell her story. Leaning into a rock and Americana soundscape, ‘Scared So Much’ has an air of epic energy about it, with grand guitar solos and powerful lyrics that listeners can relate to. The hook of the song ‘You make everybody scared so much’ comes full circle, with a resounding ending; ‘I ain’t scared so much,’ a sign of finding the strength to overcome fear and abuse.