Deann Rene's music is roots rock Americana from the heart that feeds the soul. She writes about her own life experiences touching on subjects that are real and some times controversial leaving the listener relating emotionally with her music and wanting more.

Deann has been singing and performing since she could walk and talk. Her childhood was music-centric; her parents were music instructors, and they taught kids in elementary school up through high school. Deann started her musical career with the piano at age 5 and clarinet, which she started playing in middle school. She began writing songs while sitting at the piano, then picked up the guitar after college and continued writing. Besides her parents musical influence, Deann is inspired by many artists, including Prince, Michael Jackson, Linda Perry, Sheryl Crow, Adele and many more. She performs regularly in Austin Tx. 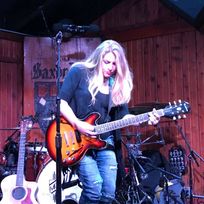